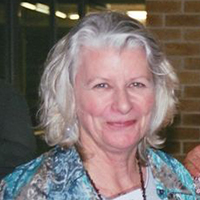 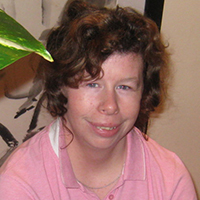 My hypersensitive hearing means that I’m alert and really observant, which I think makes me good judge of character. 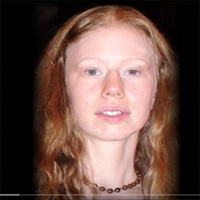 Luce talks about battle with Williams Syndrome, yet how it has seen her gifted with wonderful song writing ability and an inspirational philosophy of how she sees life. 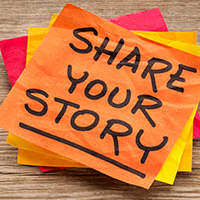 Do you have a story to share about Williams Syndrome? The joys, the triumphs, to the uncertainty and challenges...

About WS A rare genetic disorder

Williams syndrome (WS) is a genetic condition that is present at birth and can affect anyone. It is a developmental disorder that affects many parts of the body. It is characterized by medical problems, including cardiovascular disease, developmental delays, and learning disabilities. These often occur side by side with striking verbal abilities, highly social personalities and an affinity for music.

Unlike disorders that can make connecting with your child difficult, children with Williams syndrome tend to be social, friendly and endearing. Parents often say the joy and perspective a child with WS brings into their lives had been unimaginable.

Fast Facts What to expect

Most individuals with Williams syndrome will be small at birth and have feeding difficulties as infants. They may be very fussy babies who continue to grow at a slower than normal pace. Many infants and young children have feeding problems. These problems have been linked to low muscle tone, severe gag reflex, poor suck/swallow, tactile defensiveness etc. Feeding difficulties tend to resolve as the children get older. As toddlers, developmental delays are often noticed; major milestones such as walking and talking often occur 1-2 years later than expected. Mild to severe cardiovascular disorders are present in 75% of individuals with WS, and problems such as chronic ear infections, strabismus and overly sensitive hearing are typical.  Read More

Speech is often late to emerge, but becomes a strength as children quickly develop excellent vocabularies and are quite talkative with a unique, and often disarming use of adjectives and adverbs. Learning disabilities are typical and can be quite severe in some children. Almost all children require some degree of special education assistance, and attention deficit disorders are quite common. Children are often overly friendly with very outgoing personalities, but they have difficulties relating to peers and often prefer the company of adults. Individuals with Williams syndrome have spatial integration difficulties that can make mathematics and related tasks almost impossible. Most individuals with WS share a passion for music and many display musical skills that far surpass their abilities in other cognitive areas.   Read More

As adults, most people with Williams syndrome will need supportive housing to live to their fullest potential. Many adults with WS contribute to their communities as volunteers or paid employees; often working at assisted living homes for senior citizens, hospitals and libraries, or as store greeters or veterinary aides. Just as important are opportunities for social interaction. As people with Williamssyndrome mature – beyond the structure of school and family activities – they often experience intense isolation which can lead to depression. They are extremely sociable and experience the normal need to connect with others; however people with Williams syndrome often don’t process nuanced social cues and this makes it difficult to form lasting relationships.  Read More

Most young children with Williams syndrome are described as having similar facial features. These features include a small upturned nose, long philtrum (upper lip length), wide mouth, full lips, small chin, and puffiness around the eyes. Blue and green-eyed children with Williams syndrome can have a prominent "starburst" or white lacy pattern on their iris. Facial features become more apparent with age.  Read More